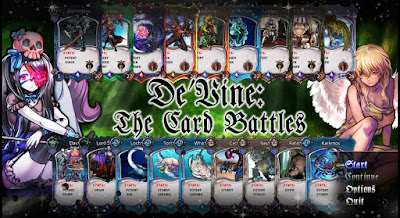 If I have the idea right, people can capture the essences of creatures in cards. But now, some of those essences are escaping and causing trouble.

The game moves forward after each battle with a voiceover narration. The story itself seems pretty simple. Defeat the cards trying to attacking you until you find the person responsible for weakening the seals on the cards.

Every playable character has a backstory you can read, along with their custom deck, but I didn’t see much character development or personality beyond that.

I found the Tutorial to be very confusing, and I’m not new to card battling games. I almost gave up playing when I happened to stumble upon what I was supposed to do. But even then, I wasn’t sure what was happening with each move, and I was on Easy mode! That’s how unclear the instructions were. 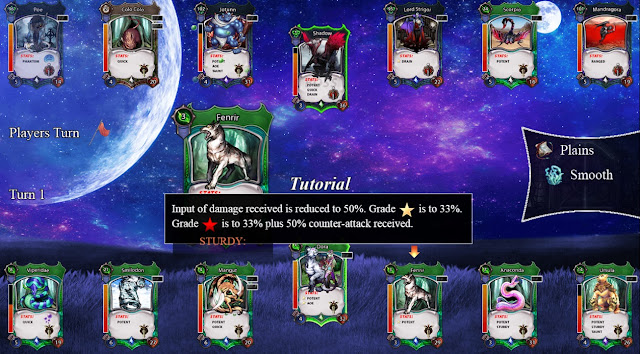 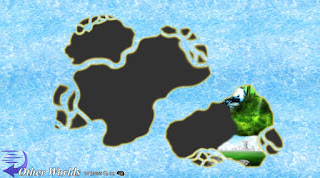 There are no maps in the traditional sense. Instead, you allow the game to take you to the next location or you select an area on the map and fast-travel to it, where you might see a new character asking for help or challenging you before launching into a new battle.

A lot of the artwork in the game is original and attractive.

This is a beautiful card game made with the RPG Maker MV engine, and that in itself is an amazing accomplishment.

You begin with a choice of three starting characters. Some screens don’t give you clear directions on how to control the game, though, so you’re left to figure it out. There are four difficulty levels to choose from. As you defeat opponents, you win their cards. You also unlock playable characters as the game progresses. You can change your deck (actors in your party) as well as their formation.

I’m giving this a low score because whereas everything seemed to run smoothly, I was never sure why certain moves I was making had the effects that they did. It’s difficult to play a strategy card game when you don’t understand the rules. 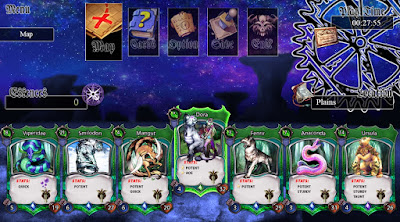 First, this game allows for the use of a controller. Besides that, it takes full advantage of the capabilities of the RPG Maker MV engine. The card battles rely on creative use of Eventing in the battle screens and showing new pictures, and it all runs very smoothly.

The music is exciting and varied. There’s no music on the Menu screens, though, so it leaves the ambiance feeling empty every time you go to make a change in your deck or travel to a new location.

Most of the sound effects are pleasant on the ears, though some sounds in the Menu screen are annoying. The voiceover narrations are very well-done.

If you think you can figure out the rules of the cards, have at it! It looks like it should be a good game.