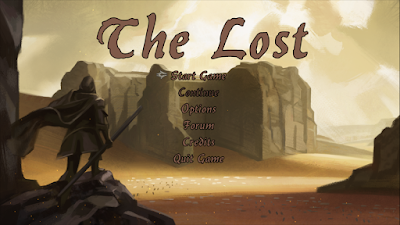 You are Kaan, the chief of the tribe, and your lands are being invaded. Can you save your daughter? Can you gather enough allies to turn back the tide of this new enemy? 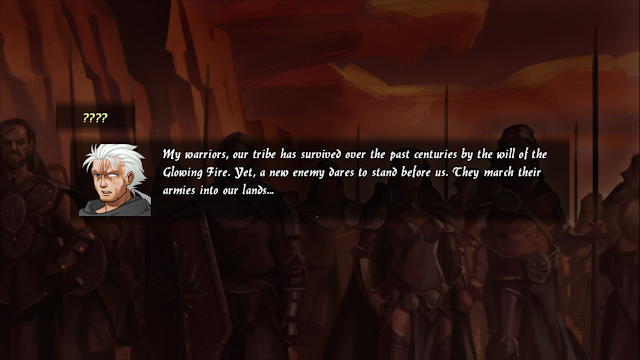 There was a fairly long cutscene at the beginning of the game that had me confused, but as I played and talked to more people, who the characters were and who they were referring to started to make more sense. By the end of my playthrough, I could appreciate the richness of the world the developer is building and was interested to see whether Kaan would be successful.

A lot of the charm of the game rests on the character’s personalities. There was enough dialog that I could really get a sense of who each person in the party was. 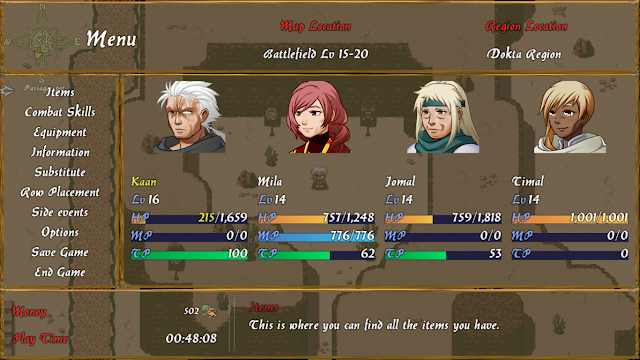 I like the show vs. tell method by which the developer revealed the story, and everything about the skills, items, etc. was easy to understand. I am taking a couple of points off, though, for the typos that I noticed.

The maps were full and expansive. I didn’t appreciate how the developer hemmed me in, though. It would be one thing if there was something in my way, making it so that I couldn’t go somewhere, but to have an invisible line I couldn’t cross broke the immersion of the game.

The artwork uses the RPG Maker assets and tries to set the mood with custom artwork, such as the backdrops for the intro scene. To me, both look nice, but the two don’t go together. The first thing you see is the custom artwork, which then makes the actual game assets look cartoony in comparison.

Besides story, the highlight of The Lost is the intricate battle system. You can take advantage of row formations, strengths and vulnerabilities, and a wide variety of skills and items. The game relies a lot on battling, and DutchPowerCreations has put a lot of love into this aspect. 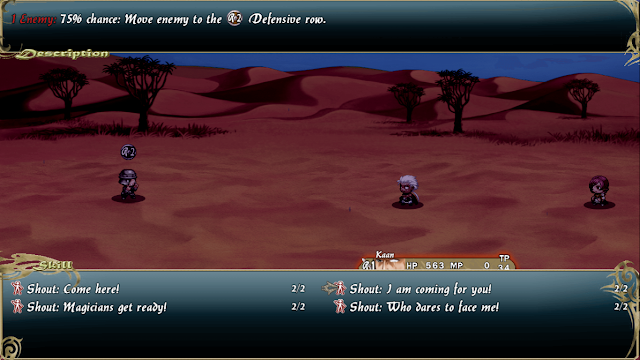 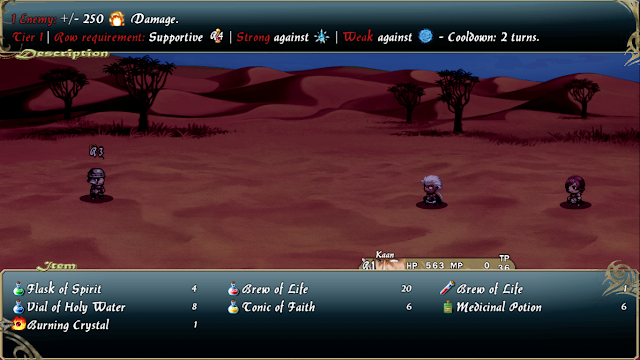 There were times that I felt like conversations with party members or NPCs went on too long, but other than that, the game was very enjoyable. Even the battles, despite how many there were, never seemed to drag, because of the strength of the battle system and the challenge involved.

The Lost runs well with no bugs or glitches, and you can tell the work the developer has put into customizing the game, both in the battle system but also in the presentation of the game’s menus and HUD information.

The various music tracks fit the mood of each scene and is pleasant to listen to.

The game doesn’t make much use of sound effects, though there are a couple of nice touches added to the intro scene. I’d like to see more sound effects used to accompany the events on the map. Other than that, voice acting would be a great addition.

If you’re looking for an epic story and an epic battle system, I think this is it. Just remember that this is the demo, so I’m not sure how much of an ending the developer has provided yet.