Note: I worked on this game. I present this review simply as an example of how I’m likely to review other games. 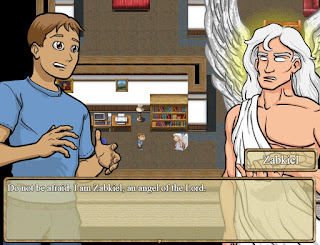 In this Christian video game, an angel sends you back to the time before Noah’s Flood, where you must discover why the animals are becoming aggressive as you seek to protect Noah and his family while they finish the Ark.

The story draws on familiar themes but adds a completely new story. And while the story is short, there is a good bit of mystery to it. Some of the humor works, while some jokes and references are overdone.

Each of the characters is fairly flat, but they all their unique personalities and appearance. Overall, they’re a likable set of actors if somewhat stereotypical.

The story flows well, the dialogue is easy and fun to read, the descriptions of items and attacks are easy to understand, and there are no distracting grammatical flaws.

The maps look nice and full without being overcrowded, connect well with each other, and provide plenty of opportunities for exploration.

The sprites and character busts are all custom-designed, which adds a nice level of aesthetics to the game. I’m not a huge fan of the sprite art style, though, and the character busts only have one expression, so what they’re saying doesn’t always match well with their artistic representation. The custom battle backgrounds are also a nice touch. 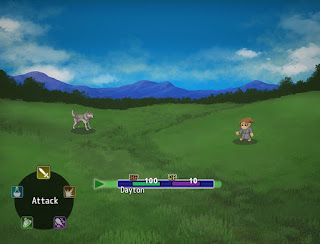 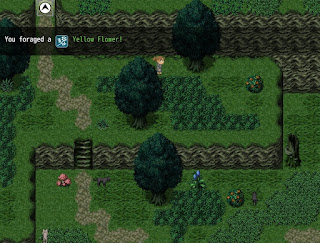 Four things stand out to me about the game’s mechanics:

All three of these features operate flawlessly and add a lot of depth to the game.

You complete various missions for people in the town and for Noah’s family. Some of them are gathering materials. Some are defeating certain animals in an area. Because of the story and challenge of the areas, though, they’re all fun to complete.

The combat offers enough of a challenge to keep your interest, and there are few enough random battles to avoid becoming boring. The strategy of combat comes from leveling, upgrading equipment, and crafting items.

The one drawback is that once you know the story, there's probably not much of a reason to replay the game, as there will be nothing new to do. 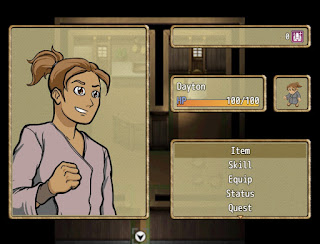 The developer makes great use of plugins to make the battle system and menu look unique. The game runs smoothly with no lag or crashes.

The music is catchy and varied for each area. Most of it ventures outside of the Maker assets to make the game even more unique.

The sound effects that are present are good, but there could be a lot more added, such as effects when someone is talking, noises for approaching enemies, battle taunts, and voiceovers.

This is a short game that takes 4-5 hours to complete. The Christian theme is light enough that anyone can enjoy it without feeling as if they’re being preached to.

Play the Demo on Steam!