Note: This is my game. I present this review simply as an example of how I’m likely to review other games. 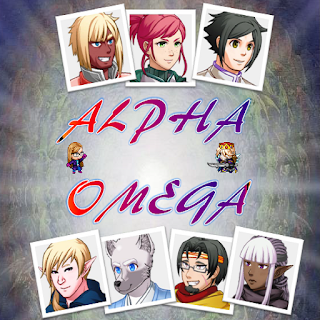 Alpha/Omega is a Christian video game in which Mindy and Steve, real-life players, play a video game themselves teaming up with angels and taking part in the stories of the Bible. As of writing, only the first chapter, Lucifer’s Rebellion, has been released.

The story is the classic tale of how Satan rebelled against God, so I’ll take a couple of points off for not being original. The game does add a new motive to Lucifer’s actions, though, and the background for how the battle broke out is interesting. 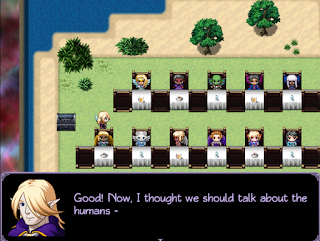 There are also the brief glimpses into the “real-life” characters of Mindy and Steve that add a lot of substance and humor to the game, even for how short they are.

There are over 30 characters in this game, and they each have their own rich, amusing personalities. The writers have breathed new life into classic characters, such as Lucifer and the archangels Michael and Gabriel, along with creating many new demon characters, giving them both a Fallen and a pre-Fallen slant to their personality. 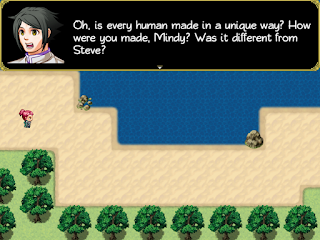 The story flows well, the dialogue is easy and fun to read, the descriptions of items and attacks are easy to understand, and there are no distracting grammatical flaws. 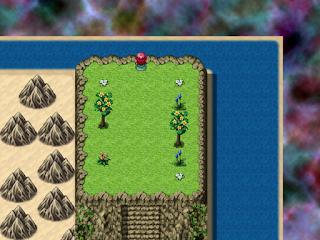 The maps are functional and use more than the base assets, along with a parallax image or two, but aren’t particularly creative. There are hardly any interior scenes, and there are no multi-level landscapes, mazes, or intricate areas to explore. There are a couple of items that can present a challenge to get to, but they’re always in plain sight.

There is no custom art in the game, but the creator has used the base and additional assets well. Each character is unique, and the custom presentation of the menus and varied window dialog boxes are nice touches. The one glaring issue is an out-of-place switch that stands in for a light switch.

The creator has employed five mechanics that are worthy of mention here. One is the quiz feature that allows you to find classic works of art on the maps and answer a question based on their theme for bonus currency.

Second is the leveling system. Instead of earning experience, you can spend your currency to train certain stats.

Third, within the same training area, you can practice battling random opponents in an arena setting for the chance to win common and rare items.

Fourth, you can replay the story and see different choices and dialog options, all while keeping your same skills, stats, and gear.

Fifth is an optional loot box that grants you more currency and a rare item in the form of a DLC package. It’s not necessary to win the game, but it’s a nice touch for those who want to make the most of their characters at this point in the game. 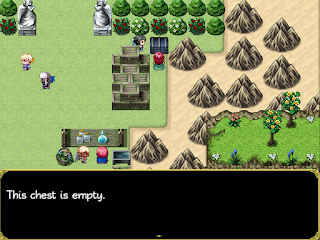 I would say it’s pretty standard fare for an RPG Maker game, but there are some nice perks, such as difficulty levels, no random battles, auto targeting, auto battle options, and genuine strategy versus the ability to just button mash the attack command. There are also no long animations to slow down the battle sequences. 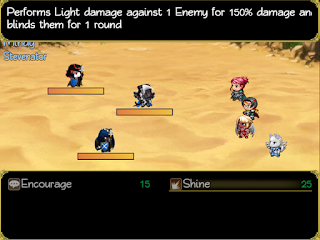 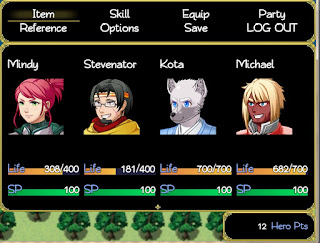 The developer makes good use of plugins and JavaScript-tweaking without going overboard on unnecessary changes. The game runs smoothly with no lag or crashes.

There is a variety of music in the game, and while some of it is RPG Maker-supplied, there are also quite a few original songs, most of which even have lyrics to them and fit well with the theme of the game.

The sound effects that are present are good, but there could be a lot more added, such as effects when someone is talking, when something changes on the map, battle taunts, and voiceovers.

This developer shows a lot of promise, and I’ll look forward to seeing additions to this game or other titles they might release. If you don’t mind the Christian theme of the story, I encourage you to give it a try.