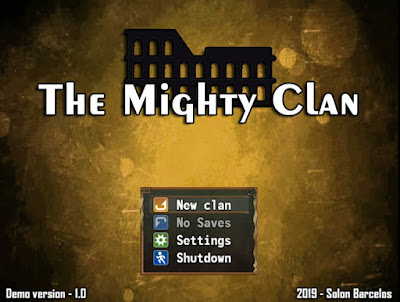 You come to the city of Adventus, looking to build a clan who will help you fight in the Arena. Build your party, gear up, and gain strength until you qualify the big event. 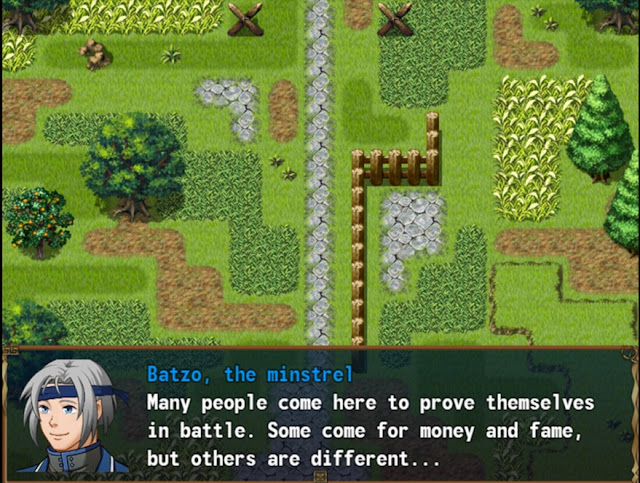 I imagine that there’s more to the story of the game than I was able to see. So far, the player’s only concern is building their family’s honor by rising in the arena ranks. I’ll be interested to see what else happens as the game progresses.

You don’t get a lot of interaction with your party members, but they do all have unique backstories and skills that they can learn.

The writing in The Mighty Clan is generally very good. There are a few instances where I wished the descriptions of skills would have been clearer to understand. There was also some awkward wording that could be cleaned up.

I could only see the town map on my playthrough, but it looked very nice. I appreciate how the shop owners are standing outside so that you don’t need to go into their buildings. Not only does it save the developer from creating those maps, but it also saves the player time from having to enter the buildings when all you want to do is buy something and be on your way. 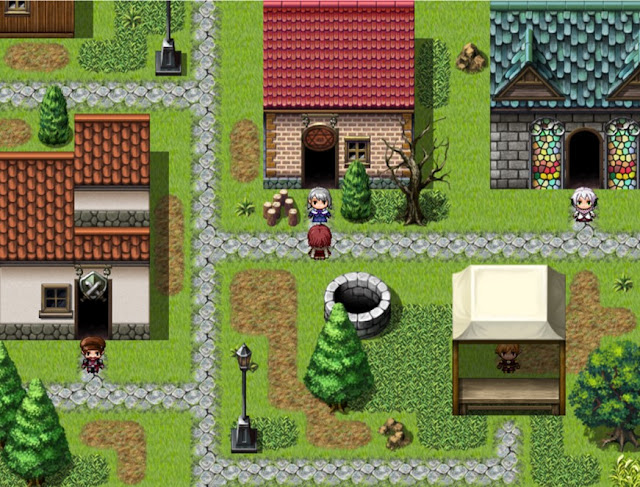 There are a few scenes with original art in the game, and they work to set the mood very well. What SolonWise has done with the RPG Maker character generator also looks very nice.

I like how you can choose to play a male or female starting character, as well as selecting between three levels of difficulty. There are plenty of options to gear up, including learning new skills and buying potions, weapons, and magical items. You can also upgrade or enchant your items at the blacksmith or reliquary. You can get temporary buffs at the tavern and choose from among three starting party members who are there waiting to join a clan. I also love how you can choose which level of monsters to fight in the arena. Depending on how strong you’re feeling at the moment, you can choose to fight more or fewer enemies. It’s also possible to lose a party member to permanent death, so the game provides real consequences for your choices.

The enemy book is also a nice touch.

I had a lot of fun playing this game. You have a lot of choices about what strategies to use and how to build your party.

There are a few downfalls to The Mighty Clan when it comes to gameplay. One is that the NPCs repeat themselves when you talk to them. For instance, when you’re speaking to a merchant and want to make a new selection, they’ll repeat their opening line. If you’re not sure which party member to pick and want to come back to them later, they’ll say all the same things as before.

Second, when learning new skills, there’s no real description of what certain skills will do. Even after you learn it, you can’t tell by the description. 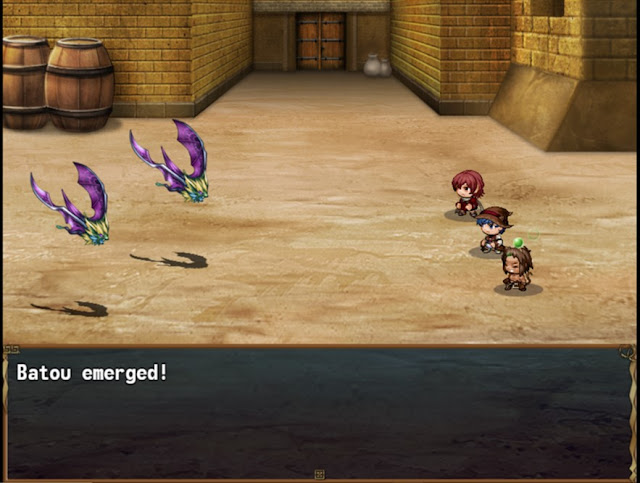 The game runs smoothly with sparing use of plugins or alterations. The only mistake I found was that when one of my party members died, the game kept warning me that he would be lost every time I tried to stay at the inn. I had already spent one night, and he was already out of my party, but the game kept giving me the warning that I would lose him.

I also couldn’t leave town and progress in the game like I wanted to with the dead party member “still” with me. This should be an easy fix for the developer, though, and I’m sure the next release will have this problem solved.

I enjoy the background music. Unfortunately, there’s no title music yet.

Sound effects are minimal but well-placed. There aren’t many map events that call for sounds. One thing that would make this game stand out is voice-acting for the characters. Maybe after the game is complete, the developer can go back and add in voice-overs.

Keep an eye on this game. It’s shaping up to be a good one for those of us who enjoy building a party up to be the best that it can be and making choices that matter.