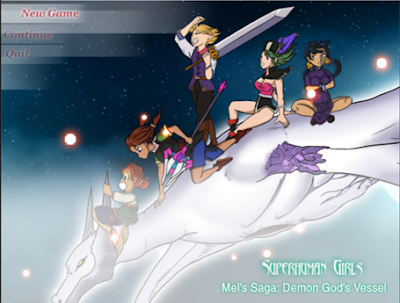 You play a servant girl named Mel. Your counterpart in the house where you live and work is Raven, the very mean daughter of the manor and a student of magic.

The story progresses very quickly and is rather engaging. Isabella Ava does a very good job at making you hate Raven and root for Mel early on.

All of the characters you meet have their own pronounced personalities that set them apart and make them memorable.

The writing is good from a creative standpoint, but you can tell that Isabella Ava isn’t a native English speaker. Once she’s finished creating the game, a great finishing touch will be to have a native English speaker proofread the dialog and item descriptions. Along with all of the other fantastic aspects of the game, polishing the writing will make for a very professional package.

The maps for Mel’s Saga look very nice, including the use of lighting effect. I only wish some of the outdoor maps were larger so that the player could get a fuller view of the areas. I think it’s perfectly fine for the interior maps or some outdoor areas to be smaller than others and narrowed in with the large outdoor areas taking up more of the screen.

The dungeon areas are very elaborate and enjoyable to explore. 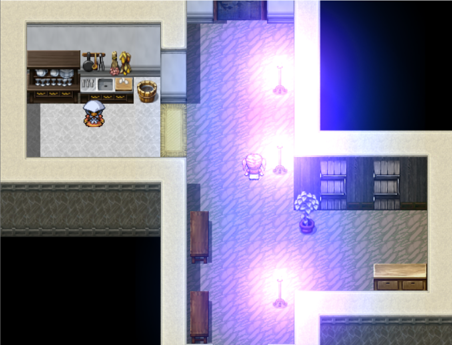 I wish I could give this area a higher score than 10. Talk about a nice touch! Isabella Ava uses original artwork for her character busts, enemies, cards, and to help tell the story during the cutscenes. It’s a very effective method and one I’m sure all the guys will appreciate! 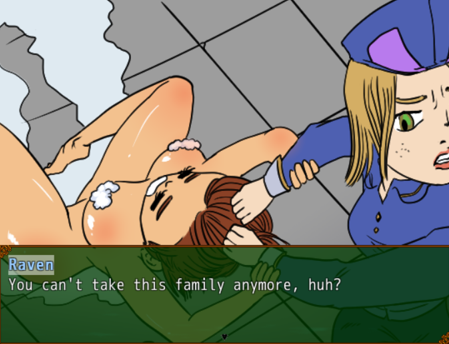 There are quite a few game mechanics that stand out in Mel’s Saga.

One is the fact that it’s a card battling game. You gain cards as you progress through the story. So, every important event that happens to you becomes a card you can use in battle. You can customize your deck to include the attacks and buffs that you want, but it’s different from other card battling games in that the enemies use skills rather than cards.

You can also look for items by picking up barrels and similar items and throwing them.

Also, I love how you can jump and get to different areas on the map.

Finally, when you enter an area with enemies, you won’t see them on the map, but you will get a radar in the upper-right corner to help you navigate toward or around them. If you really don’t want to fight, you can also go into Stealth mode. 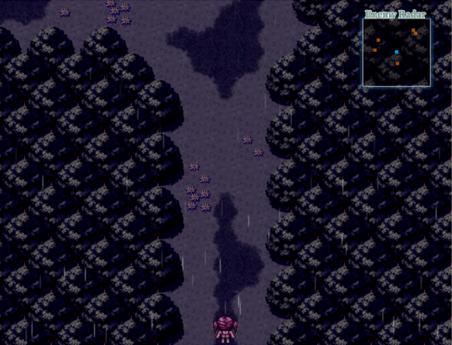 Mel’s Saga is a very enjoyable and smooth game to play, especially given the fact that you can avoid enemies as much as you want to. If you want to grind and level up, you can. Otherwise, you’re free to explore and keep the story moving. 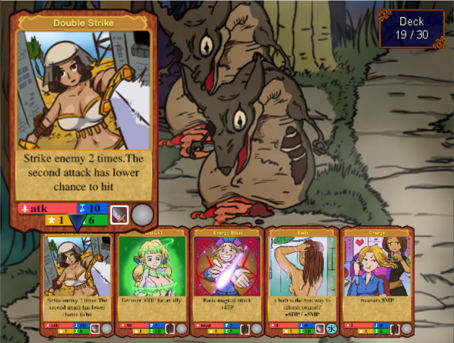 Isabella Ava has made use of some key plugins to provide a unique user experience. One difference she’s made is with the keyboard controls. 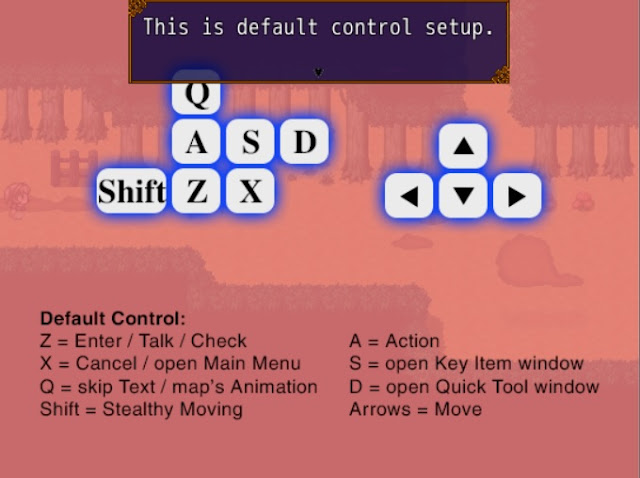 The music that’s there is good, but it would be nice to add music to every scene. As it is, most of the areas seem a little lacking without some atmospheric music.

The sound effects are great. I especially enjoy the noises for when the characters are talking. The game could use a little work on looping sounds, though.

The more I played Mel’s Saga, the more impressed I became. If you enjoy RPGs with a card battling mechanic, or card battling with a story, follow Isabella Ava’s progress as she develops this adventure.