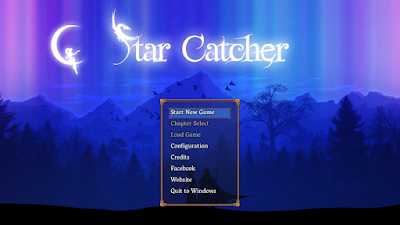 Concept
Someone is stealing magical items, and now, your old teacher who kicked you out of the magical academy, needs your help.

The Score
Story: 10/10
The story moves quickly and is interesting. You also gain party members almost right from the start, so the pacing seems very fast.

Characters: 7/10
Each party member you meet has their own backstory and skill set. They don’t seem to have much personality though. I’d like to see them each show a certain trait and use a varied way of speaking to help them stand out from each other.

Writing: 5/10
The writing is creative and seems that it would flow well, but I have to take points off for not being fluent English. A great step would be to have a native English speaker edit the game text after the development is finished.

Mapping: 10/10
This is my favorite part of Star Catcher. The maps are intricate and well-done. They serve not only as nice scenery but as part of the puzzle of the game. Soulrender also makes very good use of lighting effects on the maps (with one exception, which I’ll touch on below). 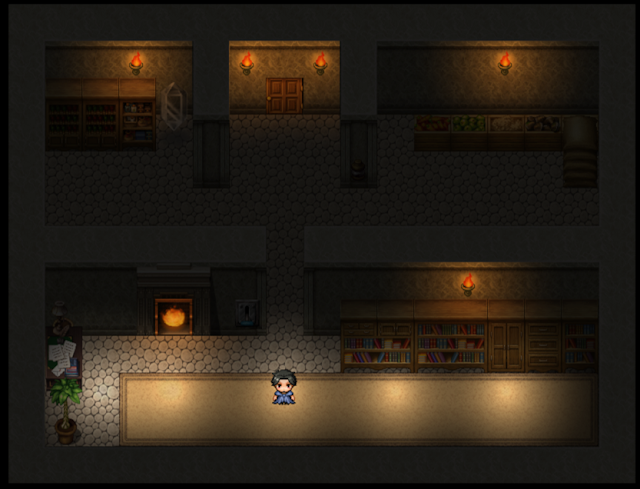 Art: 10/10
The custom art is very appealing and fits well with the RPG Maker assets and Character Creator pieces.

Creative Game Design: 10/10
This game shines in two areas: the way the developer uses maps and the skill system of each character.

Gameplay: 6/10
I’m taking points off here for two reasons. First, the battles seemed to take too long. I was on Easy Mode and had to fight a spider that was almost tougher than I was! I feel like these beginning enemies should be one hit, and they’re dead.

The second reason, and the biggest reason, is that I got stuck and had to stop playing. I could barely see where I was inside a certain cave and couldn’t figure out where I was supposed to go. I couldn’t progress any further in the game.

Technical: 10/10
Star Catcher runs flawlessly and makes good use of plugins to give the player a smoother, unique experience.

Music: 9/10
There are a lot of different musical tracks, and a lot of them are catchy. There are some looping issues, though. It would be better to trim the tracks so that there’s no silence at the end when no music is playing.

Sound: 8/10
The sound effects are pleasant but not populous enough. I’d like to hear some atmospheric sounds over the music though.

Recommendation
I think Soulrender is well on his way to creating a great game. It just needs a little polish on the lighting (help me get out of that cave!) and an English editor to clean up the text.