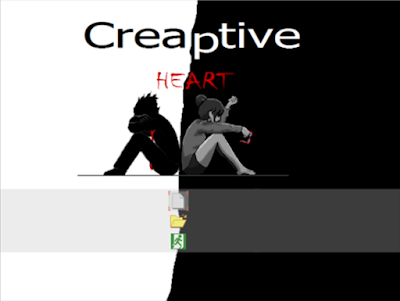 You are Elisa, looking through your dead friend’s drawings to understand what he was thinking.

Creaptive Heart shines in a couple of areas, and this is the first. The story is very engaging. Though a bit confusing and “artsy,” it does make you want to figure out what’s going on. By the end of the second drawing you explore, you start to get a very good picture of your friend’s state of mind.

Ciclope has done a fine job of helping us get to know her characters from their conversations, thoughts, and attitudes. The only aspects that are missing are personality quirks and distinct patterns of speech to make them more memorable.

Overall, the writing tells the story very well. There are a few instances, however, where I noticed some typos or awkward phrasing. I also wish there was more writing in some places to give the player more explanation about what to do (but more about that in the Gameplay section).

Most of the mapping is great. The areas are well-laid out, look nice, and, when it comes to the drawing maps, very creative. The only detractor was the similarity of the drawing maps. You’ll see many of the same elements even though they’re supposed to be different drawings. 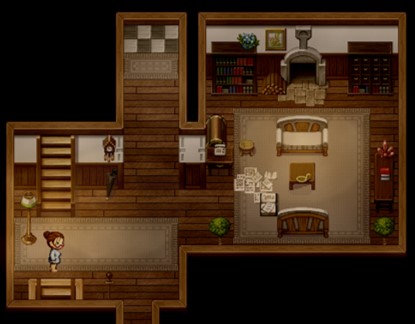 The original art that went into Creaptive Heart is fantastic. Everything is custom, from the character sprites to the character busts to the map elements, and all of it looks very professional and is well-suited to the mood of the game. 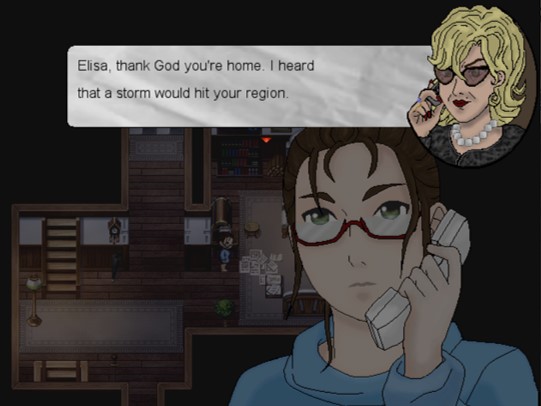 The concept of Creaptive Heart is very creative. You enter and explore the drawings of your friend. Ciclope also sets the game apart with on-map combat and moving obstacles. 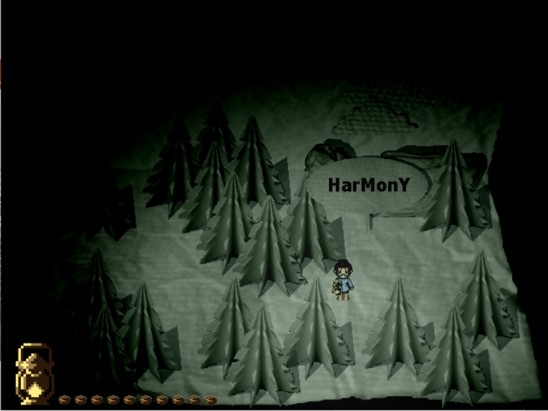 Most of the game is exploring and asking yourself what is going on. Then, once per area, you have to defeat an enemy or a group of enemies. All of the combat is on the map screen, but it’s also challenging. Maybe a little too challenging.

There’s also a lot of guessing about what you’re supposed to do to these enemies. For instance, in the first area, you have to shoot fire from your lantern at them, but the game doesn’t tell you to shoot them with your lantern or even how to do it. You have to avoid the second enemy while collecting an item, but again, the game doesn’t tell you what you’re supposed to be doing, so you end up dying at least once before you figure it out.

On some screens, it was a little confusing to determine who was talking, so different colors of windows or names would have been helpful.

Creaptive Heart runs well and makes great use of lighting effects. Not only do you have your lantern but when you lose health, the screen flashes black, making it even more difficult to see the enemies and where you need to go.

If you’re familiar with RPG Maker games, you’ll also notice evidence of other plugins that help the game stand out as unique.

The music that’s in the game sets the mood very well, but most of the game doesn’t have music. Normally, I would say that the lack of music makes a game seem empty, but not in this case. The story is so engaging that I hardly noticed the absence of music. In fact, the silence created the mood just as much as the music did.

The sound effects are well-placed and plentiful enough to help immerse you in the story.