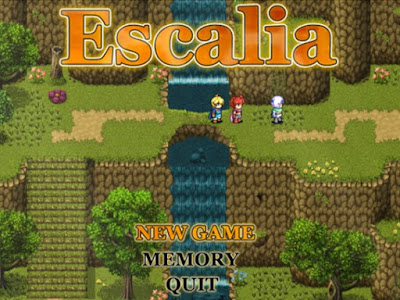 Play a party of local lasses and lad and defend your town from bandits… and maybe more?

I didn’t get much into the story of the game. So far, I would say that the story itself wouldn’t hook me. You see an intro of an advisor betraying the king and burning down the town until he’s killed by some heroes. He says he was doing it for the good of the kingdom, but we aren’t told why he thinks that. We’re left thinking he’s crazy.

Then, we fast forward 21 years into the future, where we meet who I’m presuming to be the dead king’s daughter. Once you gather your initial party, bandits attack the town. I have a feeling that we’re about to get into more of the main story from that point onward, but I ran out of time.

All of the characters have unique personalities and stand out well from one another. They’re also all very likable… except the ones you’re not supposed to like. The writing is very entertaining, and BCj does a great job of providing tutorial and quest information to make the story and game mechanics as clear as possible. I did notice some grammar issues, however, so I’ll have to take a couple points off for that.

The map screens look great in Escalia. The outdoor scenes are beautiful and full of scenery, but I especially enjoy the indoor scenes for their detail. 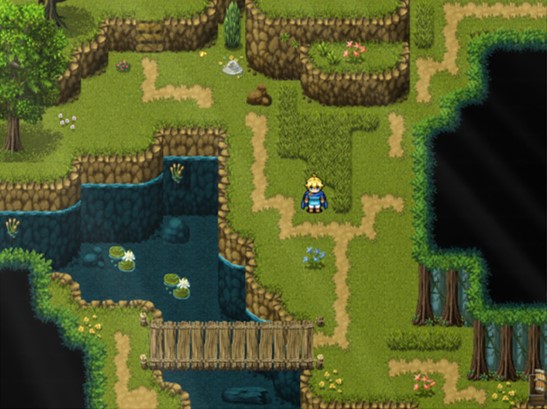 The artwork in Esalia is fantastic, from the tileset to the character busts. I especially appreciate how each character has multiple facial expressions.

The most creative aspect of the game I saw was the skill system. You can mark an enemy, then do more damage to them, or make them bleed, then capitalize on that state. It takes a couple of turns to build up your combo, and you have to make sure you have enough MP and PP, so it lets you pull off some powerful moves without making you overpowered and taking away the challenge of the game.

I enjoy the fact that there’s no random encounters. You can see each enemy on the map and either fight them or try to avoid them. The battles are well-balanced and provide a challenge. The leveling system also seems to be fair and rewarding. You learn new skills fairly quickly, and if you use them at the right time, they certainly make a difference in how easily you survive each encounter. In other words, there’s an element of strategy in choosing the sequence of your skills. 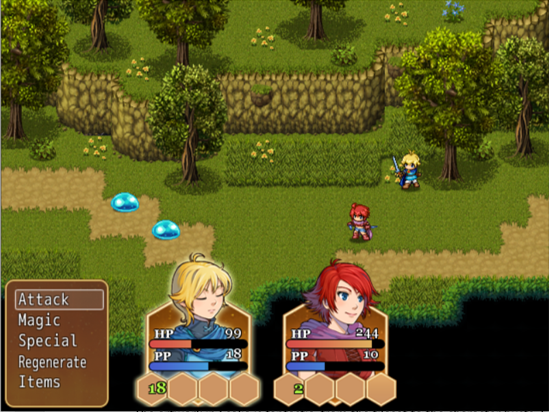 I got stuck once playing Escalia. There’s a jump mechanic in the game and apparently, I jumped into the wrong tile. I couldn’t move or jump out. Still, everything else in the game worked very well, and BCj used some plugins that add a lot of personality to the game. It was an especially nice touch having the party members close or open their eyes in the battle or menu screens, depending on who was selected.

Escalia’s music is very pleasant. It sets the mood of the game well, and is varied from map to map but still in the same style. I found the battle music to be especially catchy.

There aren’t many sound effects on the map screens. It would be better if the visual events were complemented audibly.

Escalia is a solid RPG with rich characters, appealing artwork, and a challenging battle system. Give the story a chance to unfold, and it should be a very enjoyable experience.