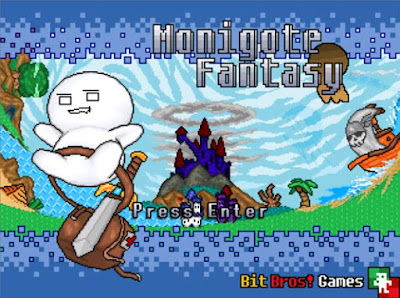 You are somehow able to pull the legendary sword out of the stone and are therefore tasked with killing the dragon. 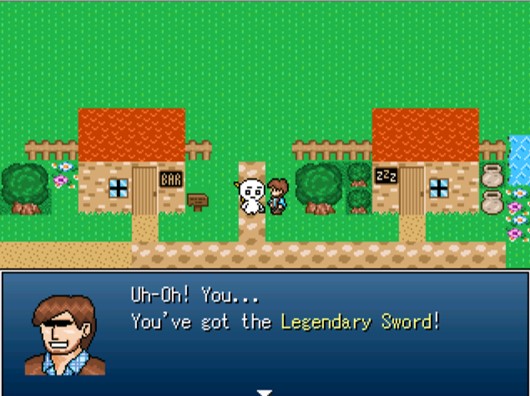 So far, there’s not much of a story other than the former king hid the keys to certain rooms in a castle, and now, you have to find them. I wonder if the game will reveal more of the main character’s or his allies’ stories as the game continues, but I doubt it. Monigote Fantasy seems to rely on gameplay more than story.

The characters are all stereotypes of their classes. They start with very similar names, but you can rename them later. You can also choose to speak with them at certain points in the game. I like the characters, and they each have their unique personalities, but they don’t have much depth so far. 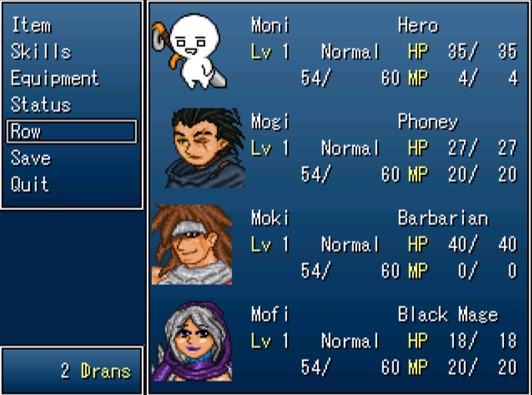 There’s a lot of humor in the game, and the writing is clear. The whole tone of the game is very tongue-in-cheek, poking fun at classic RPGs. Speaking of classics, Monigote Fantasy reminds me a lot of the original Dragon Warrior game (the first Dragon Quest) on NES. 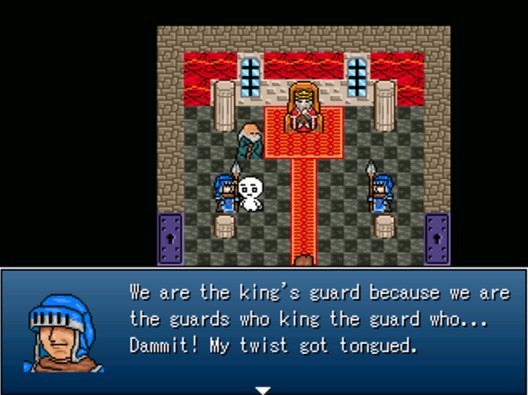 The mapping in the town and castle is pretty intricate. The outdoor and dungeon maps seem a little plain, but they fit the style of the game and create quite expansive areas that are a lot of fun to explore. 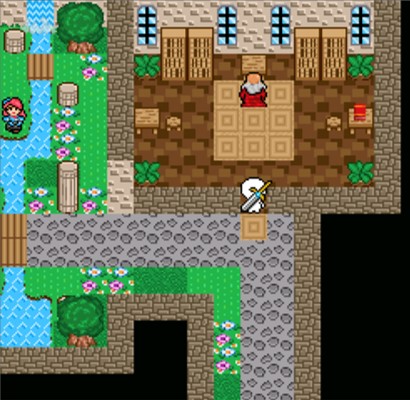 There are a lot of secrets to discover, which makes it fun to experiment in the game. For instance, what happens if I talk to this person a second time? Or a third time? What happens if I walk through what seems to be a barrier? Where can I go now that I have this key?

Early in the game, you’ll also receive a magic pouch that you can open to equip certain items you find and change the look of your main character. 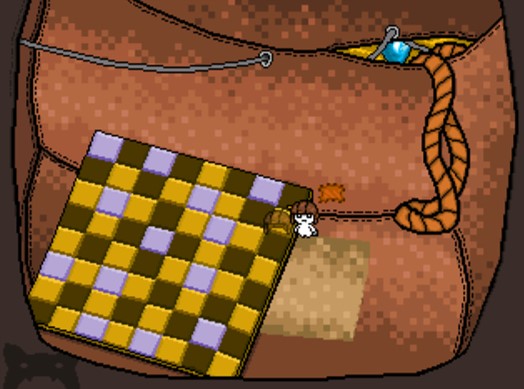 Finally, I ran into a couple of what are called Chance Encounters. These seem to be encounters that you only have a chance of experiencing, so that adds some variety and replay value to the game. The encounters pit you against unique enemies and give you the opportunity to collect large rewards if you defeat them.

I found myself playing this game much longer than a normal First Impression. I was getting into it. The battles are fun with their ATB system (Active Turn Battles, meaning each character and enemies get a turn as soon as their timer fills), and you keep getting well-rewarded for defeating monsters, exploring, and talking to NPCs. Of course, there’s also plenty of items and equipment to buy. Once you get a key and defeat the first boss, you can unlock new areas, so it’s all very addicting.

Everything worked well in the game. I haven’t played any other games made with RPG Maker 2003, so I couldn’t tell if BitBros made many any changes or used any plugins besides the ATB battle system.

The music is very catchy. There’s also a new song for every scene, which adds variety, but it’s all in the same style, so it transitions from one tune to the next well.

You’ll hear plenty of sound effects in Monigote Fantasy, such as when you run into something you can’t pass, and I’ll again compare them to Dragon Warrior.

If you like RPGs for the gameplay (battles, exploration, upgrading your equipment) and don’t mind the lack of story, Monigote Fantasy will keep your attention. It’s a fun game with a lot of humor. 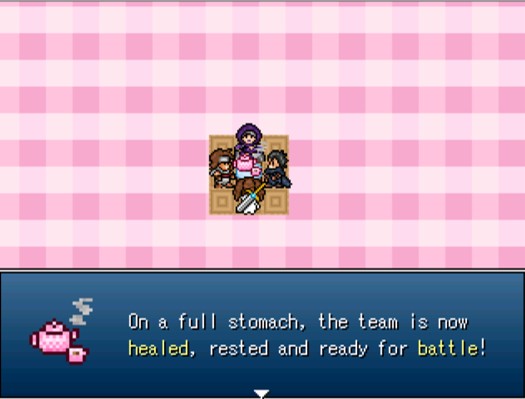