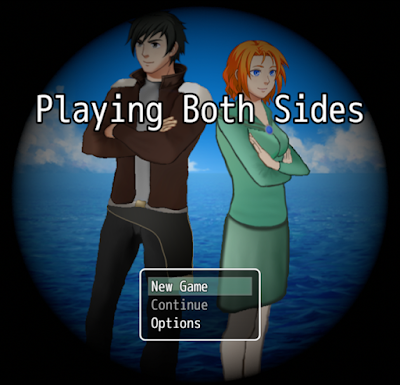 The story is interesting. You shipwreck on an island after a sea battle gone wrong and have to try to find your home back to your lady love. 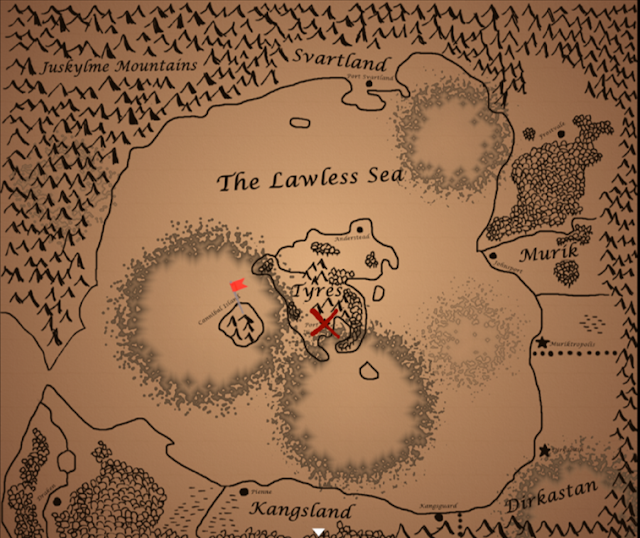 I didn’t see many characters besides Eric in my playthrough, but he didn’t seem to stand out as a memorable person. He had no definable personality. I would describe him as a normal guy but forgettable.

Th writing was entertaining, but I kept thinking, “How would someone who hasn’t played an RPG Maker game know how to play this?” The only instructions the game gives is about the battle system. Someone unfamiliar with RPG Maker wouldn’t even know how to open the Menu.

The maps are clear and designed well. I went through a rather expansive dungeon with different levels of elevation and some mini puzzles. 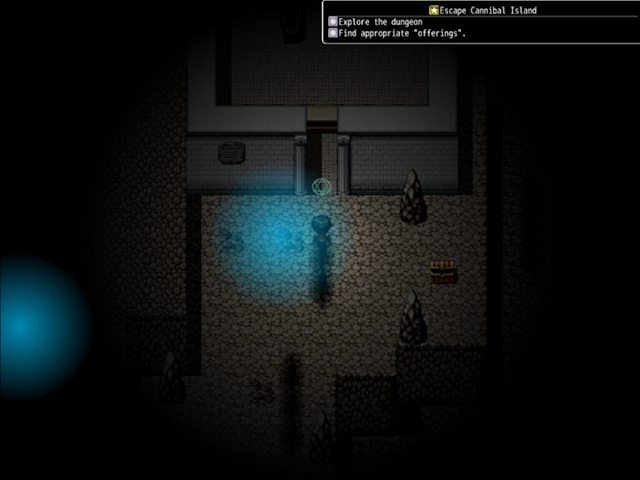 The character art, map tiles, and enemies all looked nice and fit well together. The world map adds a lot to creating the setting.

Besides the story, the most interesting part of Playing Both Sides is the battle system. It’s based on swordplay in which you can parry, feint, and beat your opponent down. I was a little disappointed that you couldn’t upgrade your skills until after the first dungeon though. Adding the skills gradually would have made the first part of the game more enjoyable.

Which brings me to the low point of the game. I like the battle system, but there were way too many battles. After a few battles, every skeleton or ghost or rat I defeated seemed like busywork. It was the same thing every time, with no real threat of defeat because I kept receiving and finding healing potions. I’d suggest taking about 1/2 of the enemies out and not having them reappear when you come back to the map. 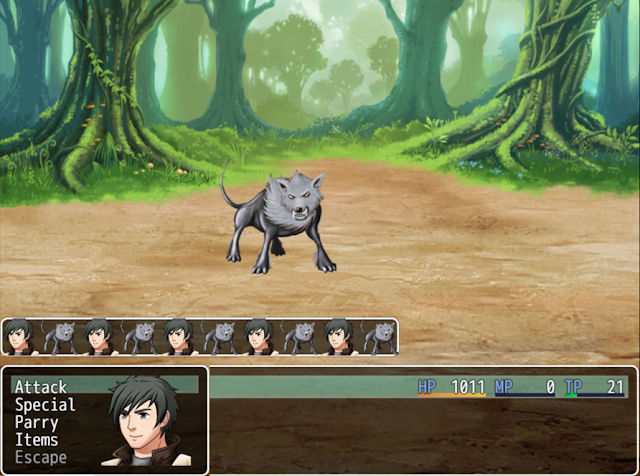 The game ran smoothly, and I appreciated the inclusion of a couple of plugins, such as the Quest box and showing the turn order in combat.

Most of the music tracks were catchy and seemed well-placed.

There weren’t many sound effects, but they were fitting. Maybe some background sounds over the music would enhance the ambiance.

If you’re looking for an RPG with an intriguing story and don’t mind a lot of battling, give Playing Both Sides a try.